When you watch professional tennis players on television or at advanced clubs, you might think to yourself about how easy their work is and that it takes them little to no effort in becoming the pros that they are. I mean, all they have to do is hit a small ball with a racket over and over until the other players give up. But as simple as it may seem, the reality is quickly different.

Now let’s consider one of the best tennis players of our time, Jonathan Zhang. Despite being passionate about his sport from a very young age, it took many years of relentless practice, determination, hardwork and so much more that led him to become the best. Some of his notable competitions include multiple major junior competitions such as the Asian Championships, World Junior Championships, and the Junior Davis Cup.

Furthermore, Zhang spent his freshman season at USC and became No.8 in the country by the end of the year. He reached a career high of No.308 in the ITF juniors in 2018 with a number of finalists and double championships. Additionally, he is also currently ranked No.9 in the Hong Kong’s Men’s Singles National Rankings in 2020 and in the same year, he also ranked at No.6 in Hong Kong’s Men’s Doubles National Rankings.

Now you might think that all he needed was a ball and racket to hone his skills on the court but in reality, there are a number of things you need to consider before you can put yourself out there.

To begin with, you need to first understand the rules of the game. Figuring out the dimensions of the court and where to hit the ball when you are serving. You also need to know how to count the points, how many sets it takes to win a game, and so much more.

You also need to learn some of the specific shots like the backhand, forehand, the volley, the serve, and the drop shot. Fortunately there are many guides out there that give extensive details on tennis rules and once you have started learning all the aspects of the game, the better you will become at practising and succeeding in your game.

There are many junior tournaments for younger players which allows them an ideal space to compete against other players and assess their skills. It is a great way to gain insight into your abilities and know where your skills are. Junior tournaments tend to be held all over the country and if you are lucky, you can even secure a junior ranking from the USTA in these matches. Plus, if you are ranked in the top 10 in your country, you can start playing at international tournaments.

Nothing Works if You Stop Practising

It is crucial that you never stop practising for this sport. Professional players spend thousands of dollars on the court practising their shots and often, they don’t do it alone. Some other players can join them or they have a coach that helps them. The continuous practice leads to improvement ensures that you stay vigilant at all times and that you are ready for any skills opponent that comes your way. 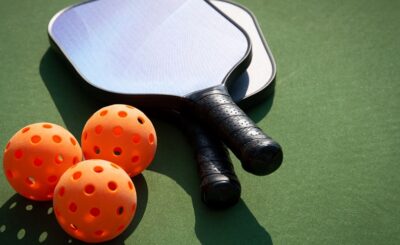